Jay Leno is most recognized as a longtime host of The Tonight Show on NBC. A close second would be his passion for all things automotive. Leno is known for his in-depth knowledge of every vehicle he owns, and his openness with fellow fans. His 150+ car collection ranges from the common to the super rare and exotic, but it wasn’t always that way.

James Leno was born April 28, 1950, in New Rochelle, NY. His father Angelo Leno, was an insurance salesman, and mother Cathryn Leno, a housewife. He later moved to Andover, MA, where he grew up. He told Vanity Fair that he has always been a car guy, and his teachers noticed his interest in cars and comedy, but suggested he focus on academics instead. Wisely, he didn’t listen to their advice.

Leno’s first “car” was a mid ‘30s Ford truck that a neighbor was selling. He told the LA Times that since he was just a 14 year old, his father only approved of the purchase due to the truck’s dilapidated and inoperable condition. In a few short weeks, Leno had figured out what was wrong with the old truck and how to fix it. He was out on the road before earning his license.

Later, when his father went to a Ford dealership to buy a new car, he brought 16 year old Jay along. His father was all about the negotiation and good deals over any particular options, so Jay pestered until he was allowed to pick the engine. In 1966 the muscle car era was in full swing, and Leno selected the huge 428 V8 for his dad’s Galaxie. His father was indifferent, until he drove it. Leno later wrote about this experience in the September 2009 issue of Popular Mechanics.

Leno’s first job was at a Ford dealership, but that didn’t last long and he moved on to a Rolls-Royce and Bentley dealership. The luxury cars were an inspiration, and Leno figured if he was to own one someday, he would have to make it big. 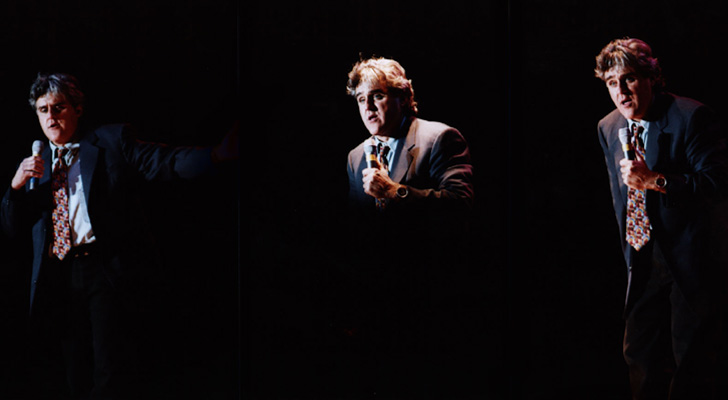 High-end entertainment seemed to be the ticket, as fellow funny guy of the time Bill Cosby, was able to afford a 1 of 2 Shelby Super Snake, so Leno turned to standup comedy as his route to success. The part-time gigs also provided a way to pay for his Bachelor’s in speech therapy from Emerson College. He toured local bars and clubs in his 1955 Buick Roadmaster, the car that got him to his first paying gig, and drove on dates with his wife-to-be. Around this time, he picked up the worst car he has ever owned, a Chevy Vega. He told Vanity Fair that his wife was driving the $150 car when parts started falling off. It was quickly sold.

Leno’s comic routine started to take off, and he eventually found minor success as recurring characters on Good Times and Laverne and Shirley, plus a dozen more terrible shows you’ve never heard of. The ‘70s success lead to guest hosting The Tonight Show in the ‘80s when Jonny Carson was unavailable. When Carson retired, Leno took the helm in 1992, and used his everyman comedy to continue the decades of high ratings for Tonight. After a few hiccups, he retired in 2014 and returned to standup. And working in his garage. 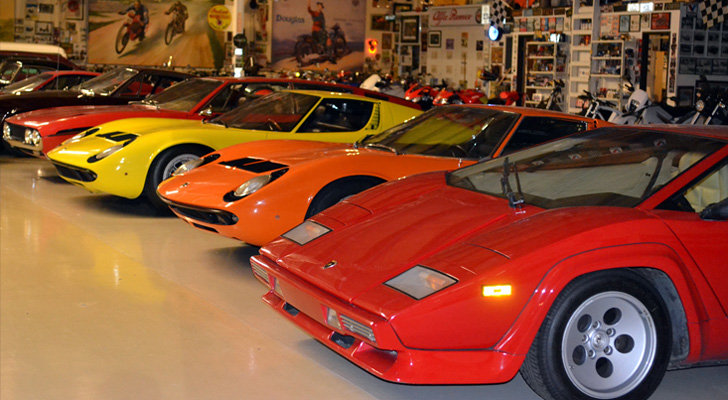 Leno’s garage is more of a multi-building hangar outside Burbank’s Bob Hope Airport. Even though he’s a celeb, his extreme interest keeps his hands dirty, and he works on every car he owns. The collection includes insanely expensive world class stunners like the McLaren F1, Koenigsegg CCXR, and a 1930 Bentley 27 litre. On the other hand, he owns rather ordinary vehicles like a ‘70s Honda S600, and classic muscle and motorcycles you could find at any car show in the lower 48. There’s custom creations, like his E-85 powered Corvette Z06, and a 1,000 horsepower rear-wheel drive Oldsmobile Toronado. Leno also loves obscure and crazy rides like the century old electric and steam powered vehicles. Nothing says enthusiast like a wood frame, leather suspension sports car with an external combustion engine. Despite the prestige and exclusivity of his collection, Leno’s no snob. His cars are driven, and see everything from Concours D’elegance to Cars & Coffee.

“I like anything that rolls, explodes and makes noise”

This is the hallmark of the true enthusiast. Fanboys make shallow enthusiasts that move on after the fad fades. It’s not about knowing every engine code on just big block Chevelles, or only taking an interest if your favorite badge is on the hood. Car guys (and gals) celebrate the beautiful and rare, the classic or timeless, and even the weird and different. Think of that next time you see a hellaflush kid in his Acura.

Probably walk over, introduce himself, and ask questions about the car.

Rossion Q on the Track

The Alfa Romeo Spider Is ...

McLaren 570S on Road and Track