How to NASCAR for Newbies

Sports on TV just aren’t as good as being in the stands. Racing is no exception. There’s nothing else quite like being there and getting to hear and feel the race experience. While Formula 1 in Austin, TX can cost as much as $5000 for the weekend, there are other options for the race fan to view an affordable professional race series. The Monster Energy NASCAR Cup Series delivers pro race teams and drivers on some of the best tracks in North America, even if the new sponsored name is terrible. Come along as we show you “How-to NASCAR.”

The obvious first choice is to find a race that works for you. Whether that is a local track, or a favorite on the other side of the country, or one that coincides with your summer vacation, the best place to start is at NASCAR’s official schedule. This gives you the overview of dates/locations for races, and you can get basic info like type of track.

Yes, track selection makes a difference. While most tracks are some version of an oval like Talladega or Indy, there are road course options like Sonoma and Watkins Glen. Clicking the link to the desired race will take you to the track/ticket info page to select seats. If you aren’t picky, tickets in General Admission start in the $40 range, with free admission for kids 12 and under. That’s a steal for a full day celebration of speed.

Check Out the Options

Now, don’t just go and click buy and think you’re all set. There’s a lot of considerations here. Do you want to watch qualifying? What about the Xfinity race or maybe the Camping World Truck Series that same weekend? Want to get up close at the pre-race concert? How about checking out the pit area or team garage, or even meeting a driver? All of this can be arranged, for a price. Here’s a “few” of your optional extras:

That’s a lot of options! Don’t know what to get for your first time? Call up a sports tour service. We went through Action Jackson. There’s a few reasons you would want to pay extra for this service, and they’re really all about convenience. Most likely, you are travelling to an unfamiliar city for the first time. Do you really want to deal with Dallas’s construction nightmare on race day? A tour service will shuttle you both ways, making race day travel stress-free. Packages can include all passes, hotels, and even food, but like everything else, it all depends on the options you select.

For the actual race, we’re gonna leave a bit of mystique for the first time spectators. Let’s just say the race cars are unexpectedly loud and fast, and wrecks and impacts are much more impressive and forceful than on TV. The cars sound better in-person, making some of the best V8 noises ever heard. The race experience feels long, but it’s also entertaining, which combine to make it feel like a hell of a value. 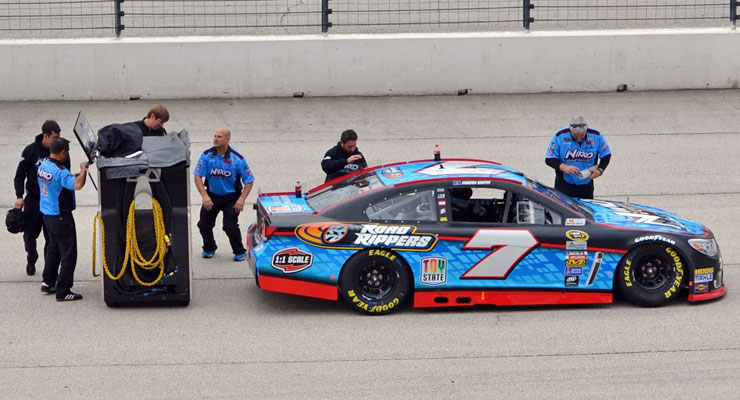 This is an all-day event, and you will want/need the right equipment for a great day. First, you will need cash. There’s a huge amount of souvenir t-shirts, tiny cars, bobble heads, and odds are you’ll want to buy all of them. Cash is faster than a card at the concession stand, where you can buy everything from cheese burgers and cheese fries to Philly cheese steaks and fried cheese sticks. NASCAR concessions have a cheese theme I guess. In addition, you’ll want to bring:

NASCAR is probably the cheapest way to be a spectator at a professional race series, but it’s not short on value. With the right planning, you can pack a whole lot of racing fun into a bargain of a good time.

How to Fight Ethanol Corrosion

How To Increase Horsepower