The automobile world is dominated by Asian manufacturers.  A small percentage of manufacturers belong to North America and the rest come from Europe.  European manufacturers like Mercedes, BMW, Porsche, McLaren, and Renault have made the world market tough and competitive with their highly reliable vehicles, but even faced with their pressure Asian manufacturers and especially Japanese car marques have stood firm and created a place for themselves in the hearts of the masses.  This could only have been possible if Japanese manufacturers made reliable and remarkable cars.  In this article, we will talk about some of the greatest Japanese cars of all time that have turned into legends. 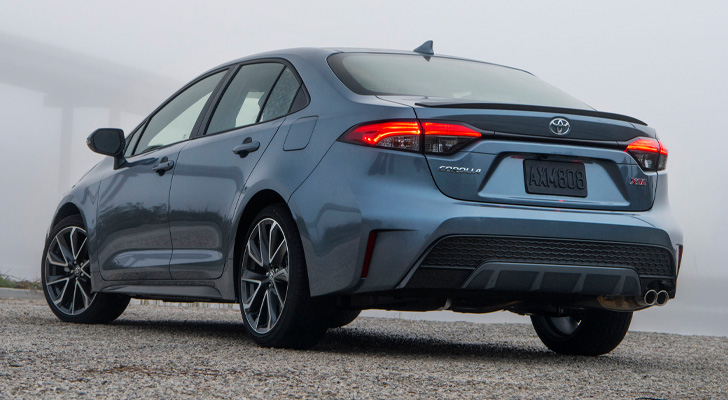 No list about Japanese cars can be complete without mention of the Toyota Corolla.  Since the first day it hit showrooms this car revolutionized the sedan market thanks to its reliability, fuel economy, durability and affordability.  The Corolla family sedan quickly became the chosen car of many households.  It is not only the best-selling sedan in the world with more than 40 million units sold, but it is also the fastest selling sedan in the world with a Corolla being sold every 30 seconds. 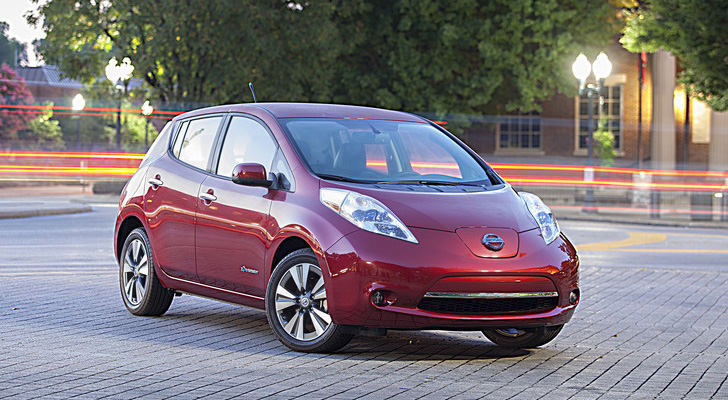 Though not as exciting as other Nissans, the Nissan Leaf earned a special place in the global automobile market due to it being one of the very first mass production fully-electric cars that didn’t suck.  The Leaf was a one-two punch of environmentally-friendly and inexpensive, making it a viable option for many Eco-conscious middle-class households.  As a result, it has become one of the best-selling electric cars ever made. 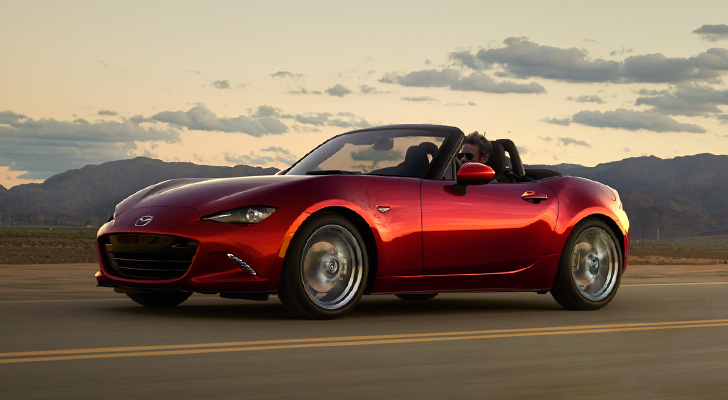 Mazda has made some revolutionary cars over the years but perhaps none of them have stuck as well in the minds of enthusiasts worldwide than the Mazda Miata MX-5.  The car is small, powerful, handles well and does not cost near as much as its European counterparts.  If you love small and nimble sports cars (and are under 6’ 2” or so) there is no doubt you would have a soft spot for the Mazda Miata. 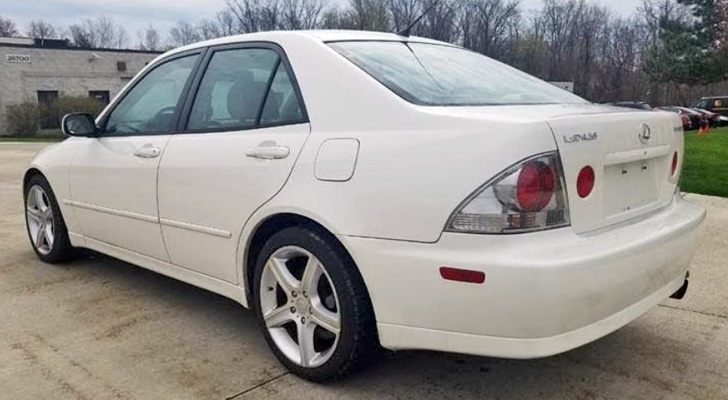 The Toyota Altezza was highly popular in Japan for being an economical sports car.  Its popularity saw it travel overseas under the name of Lexus IS300.  The IS300 is still loved by car enthusiasts worldwide for its powerful engine, unforgettable handling and revolutionary rear taillights.  Today, the IS300 has evolved and grown into a full line of Lexus IS models that are still being revered by enthusiasts.

Toyota, the world’s biggest automobile manufacturer, was responsible for mass-producing the first hybrid vehicle called the Prius.  The car proved great for an everyday driver as it saved a lot of fuel (and the environment).  As a result, everyone from Hollywood A-listers, family-oriented, budget oriented or environmentally conscientious folks stormed into dealerships to buy one, especially by the time the second generation was released in 2004.  Although the fourth gen Prius’s styling has come into question, the car is just as popular, if not more so, as it was when it was first released.  The Prius has now branched into a family of hybrids that are now one of the most successful models to come out of Japan. 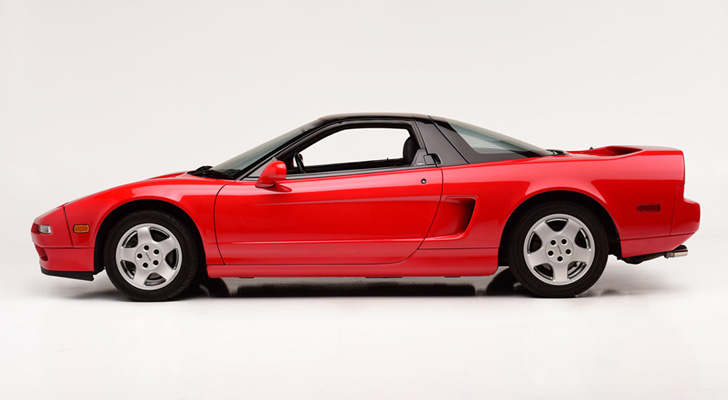 The Acura NSX came from the house of Honda and as such this car was a marvelous piece of engineering.  The NSX was so well-built that high-end sports car makers from Europe were forced to build better cars to compete with the NSX.  The NSX is the prime example of hard work beats talent as this car cost a fraction of what the Lamborghinis and Ferraris of the 90s did, yet performed nearly to their standards.  It was only a matter of time before the Italians realized they were being beaten at their own game and were forced to recognize the NSX as a worthy competitor. Today the NSX continues to earn the respect of car enthusiasts all over the globe. 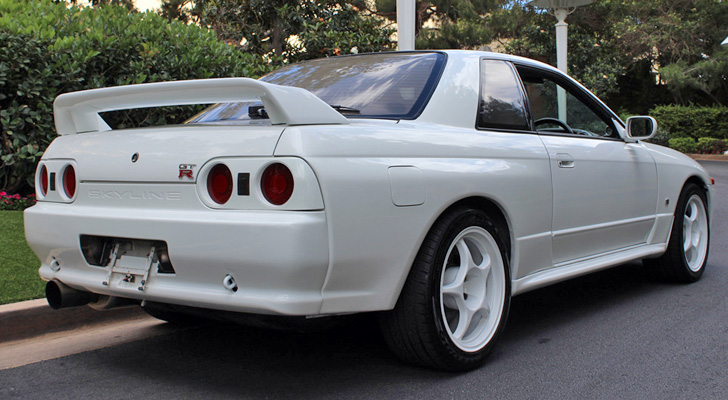 Nicknamed Godzilla in Japan, the GT-R is no alien to enthusiasts.  This car was and still is the dream of many.  When it was first released, it was the most technically advanced and mechanically sound car in its segment and included innovative features such as Super-HICAS four-wheel steering.  The GT-R is still the car of choice for many motorheads who seek to take a car to its maximum potential and its skyrocking price on the used market for R32, R33 and R34 examples reflects their enthusiasm and reverence for this Japanese legend. 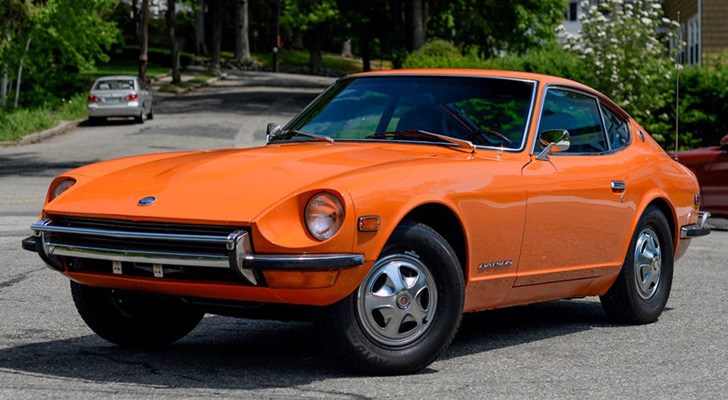 The 240Z filled in the gap for people who were looking to buy roadster but could not afford a Porsche or a Corvette.  This car hosted a 2.6-liter inline 6-cylinder engine under its hood that allowed the driver to express himself fully on the road.  It was built as well as any European car of the time and was available at a fraction of a price.  It was not long before the Datsun 240Z became the center of attention of many car guys. 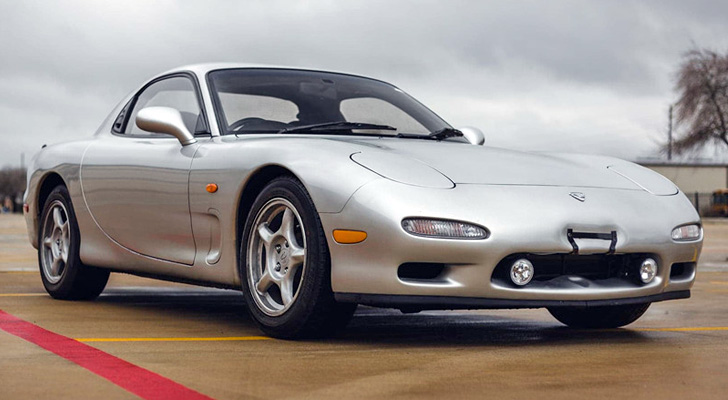 Mazda has a reputation for taking risks and trying new things.  It is their nature of seeking perfection that gave birth to the RX-7.  This two-seater sports car hosted one of the very first rotary engines made by the company and boy they were successful.  In terms of fuel or long-term reliability, not so much, but in terms of performance and beauty, this car reached new heights.  With a small engine that could rev so high and produce so much horsepower, it was only a matter of time before the RX-7 became cherished across the world. 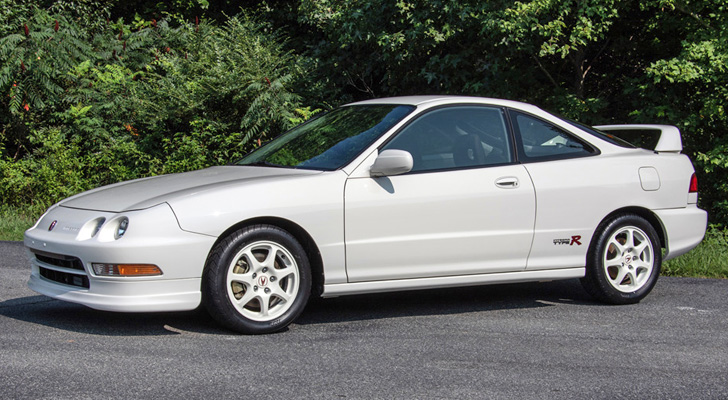 Honda had already proven its worth with the Acura NSX but that didn’t stop the marque from making yet another engineering wonder.  The Integra Type-R, although front-wheel drive, could out run many other performance cars of its day.  It handled respectively well, felt light on the hands and was easily customizable, which is why youngsters fell in love with it.  Furthermore, the 1.8-liter motor on the Acura Integra could make 195 hp at a redline of 8,400 rpm.  Impressive power coming from such a small engine, even by modern standards. 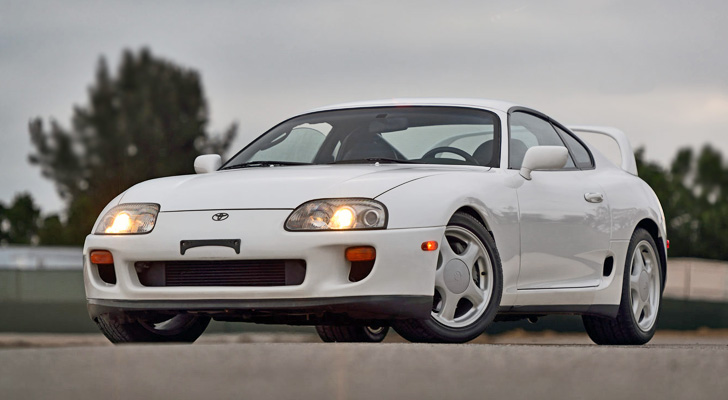 Alas, a list about Japanese cars could not be complete without a Supra.  The Toyota Supra was and still is the heartbeat of many gearheads.  This car is an absolute beast when it comes to racing on a drag strip.  However, that is not because the Supra was innately very fast but because car enthusiasts have made it very fast.  The engine inside the Supra was so well built that it allowed tuners to maximize the car’s output without adding any extra performance parts. As a result, this car became the favorite past-time for car enthusiasts. 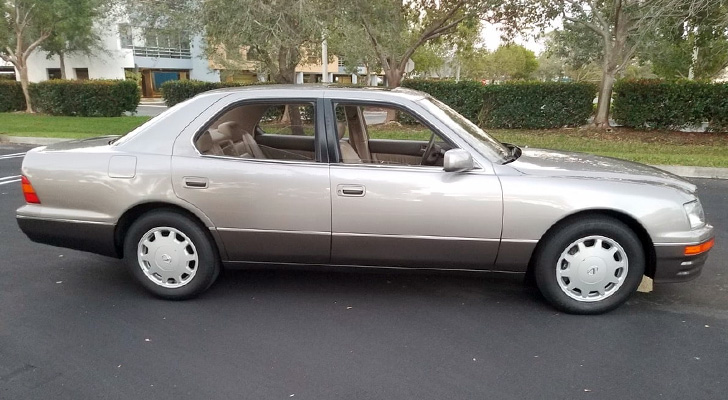 The LS 400 was the first car to be built under the Lexus nameplate.  Lexus, the luxury variant of Toyota, was established to compete with luxury brands like Mercedes, Cadillac and BMW.  Needless to say, Toyota was successful in making the LS 400 nearly as luxurious and comfortable as a Mercedes S-Class, and for half the price.  Toyota believed that performance should be an important component in a luxury vehicle and hence, fitted the LS 400 with a 4.0-liter V8 that generated a respectable (for its time) 250 hp.  The LS 400 built a solid reputation all thanks to its luxury – performance combo. 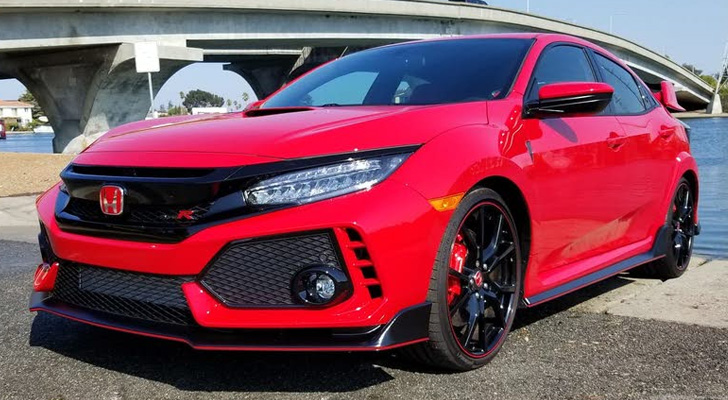 Honda made the Civic to compete with the now world-famous Corolla in 1973.  The Civic converted many otherwise domestic car buyers and became immensely popular as well because of its pleasurable driving characteristics, durable construction and unbeatable price.  The Civic was so well-received by the masses and it still is, that Honda never stopped making it.  Honda even made a performance version of the car under their Type-R badge.  The Honda Civic is still the vehicle of choice for youngsters and car enthusiasts worldwide. 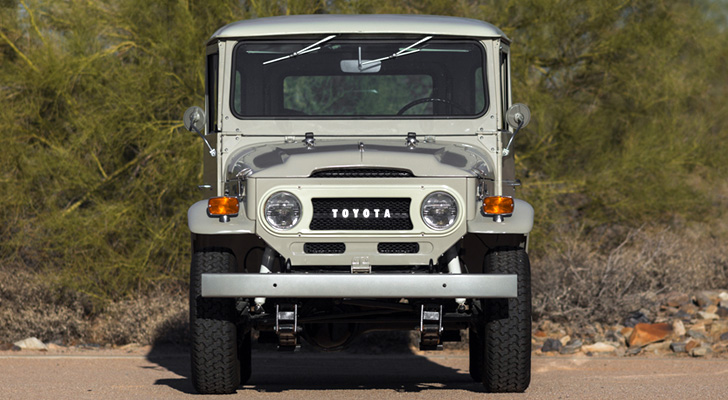 Born as a Japanese military vehicle based on the Willy’s (Jeep), the legendary SUV officially entered the off-road vehicle segment in 1951.  The Land Cruiser was so practical, powerful, rugged and capable that it won the hearts of many in no time.  Seeing the popularity of the Land Cruiser and the rise in off-road driving, Toyota continued building the sports utility vehicle, bettering it with each generation.  Although the latest version of the Land Cruiser is much larger than the original and is packed with tech and luxury.  The new Land Cruiser still shares its most important characteristics with its grandfather, off road prowess and durability. 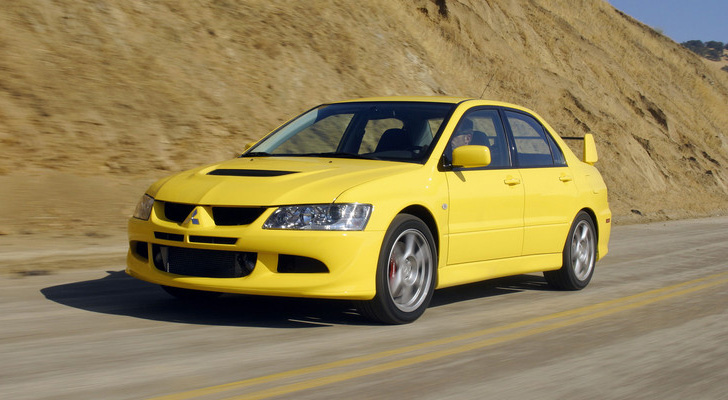 While every other Japanese manufacturer was focusing on making the best sedan or sports car, Mitsubishi set its eyes on rally racing.  Keeping the dynamics of rally racing in mind, Mitsubishi created the Lancer Evolution.  The Evolution was like a Lancer except it was filled with all the necessary goods to conquer a rally course.  Mitsubishi gave the Lancer a 2.0-liter turbocharged engine as well as all-wheel drive along with other upgrades.  The Lancer Evolution ultimately produced a win for Mitsubishi in the 1998 WRC Constructors Championship.  After that victory the brand didn’t look back.  It kept producing the Evo worldwide until finally in 2016 when Mitsubishi ended the successful run of the Evo.

McLaren 570S on Road and Track

Motorcycle Riding in the House