“Horsepower gets them in the showroom, but torque sells cars,” goes the old car salesman’s proverb. While it still holds true today – people do compare horsepower ratings when car shopping – there is a massive lack of knowledge about what the term actually means.

Most of the car buying public just assumes “more = better,” but it’s quite a bit more complicated than that. One horse can run flat out at approximately 30 mph, but two horses together don’t run 60 mph, so what exactly are we measuring here? Follow along as we try to demystify horsepower and torque.

Horsepower has been a unit of measurement since long before the first automobile. As you might have guessed, the name has been around since the era machines started replacing horses, roughly 200 years ago. Scottish inventor James Watt is credited with creating the concept of horsepower, after years of tinkering with steam engines. While working on a steam driven water pump used in draining mines, Watts noticed that the mine’s horses were able to do a certain amount of work in a specified amount of time. 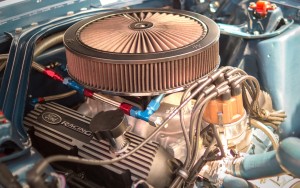 That right there, is essentially what horsepower is; the rate at which work is done. By Watts’ observations at the mine, he was able to estimate that a horse attached to a pulley system can lift 330 lbs into the air at 100 feet per minute. This estimate is considered close enough for everyone from manufacturers to scientists, and has mostly stood up to centuries of horse-drawn farm work. Even though work rates vary, due to different horses or other factors, the formula still works. For example, a horse can also lift 3,300 lbs 10 feet in a minute, or 33,000 lbs lifted 1 foot in a minute. Or 33 pounds lifted 1,000 feet in a minute, whatever you need, the horsepower can do it, given enough time.

Alright, you say, but what about torque? Unfortunately, that involves more math. While horsepower is a rate, torque is a calculation based on twisting force on an object. It takes into account the force applied, the length of the arm connecting the point of force with the axis, and the angle between the force direction and the arm. Whew.

In car terminology, let’s say you have a lug nut that is rusted to the wheel stud and just refuses to come off. You put your 1 foot long wrench on the nut and push, but nothing happens. Finally, you get frustrated and stand on the end of the wrench (totally not speaking from experience here). If you weigh 200 lbs, the torque experienced by that lug nut is 200 lb/ft. Here’s an interesting tidbit; the bolt is experiencing 200 lb/ft, even if it is still stuck. The twisting force is still there. Getting a same-weight buddy to stand with you (in a very awkward manner) on that wrench would make it 400 lb/ft. There is a little more physics involved, as any movement needs to take into account friction and gravity, but for the most part, this simplified example of torque is accurate.

So, based on these explanations, you can see why horsepower and torque vary for different vehicles depending on need. A work truck that pulls heavy loads needs a lot of twisting force to haul that 40,000 pounds of gravel up to highway speeds. The torque has to be there to get it moving, so rather than taking forever-and-a-half to get it there using your Civic’s 1.6 liter, the manufactures wisely chose a diesel V8. This engine has very high compression, and needs very strong (heavy) parts to stand up to that kind of abuse. Due to the heavy parts, a diesel engine is not as free revving as a gas engine of the same displacement and configuration. 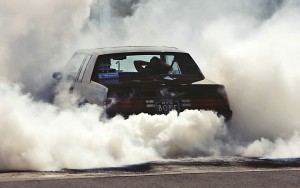 However, diesels can make nearly the same power, and much more torque versus gas, due to gearing. Gas engines are geared down (numerically higher ratio) vs diesels, but due to their quick revving nature and higher maximum RPM, a same size diesel and gas engine in the same weighted car should be almost equal in acceleration. In the United States, diesels are often tied to full-size trucks like the Ford F-350.

What is interesting about this discussion, is that torque is the real-world physics formula, while horsepower is vague. Modern day hp in cars is actually a calculation based on torque and engine speed. Take that 2016 F-350 with the 6.7 liter Power Stroke making a whopping 860 lb/ft at just 1600 rpm. Enter those figures into a horsepower calculator, and you should come close to the factory horsepower rating of 440 at 2,800 RPM.

In conclusion, it seems the old sales proverb is correct. High torque is great for acceleration needs, and high horsepower is great for efficiency at speed or a high top speed. But rather than simply trusting a salesman, go crunch the numbers for yourself.

What is the difference ...