Cars That Were an Embarrassment to Their Brands

The automotive world is a thrilling and exciting place, whether you’re interested in SUVs or sports cars. Manufacturers such as Ferrari and Porsche have given us the amazing F8 Tributo and iconic 911, some of the best cars the world has seen, but they’ve also created some less-than-desirable vehicles.

The history of the automobile is littered with cars which turned out to be an embarrassment to their brand. An automaker which should have known better than to blemish its reputation with unattractive designs, poor engineering, etc.

Don’t get me wrong, there are plenty of manufacturers which have made some truly awful creations, but some brands, especially exotic ones, should have known better. Here are some of the worst cars which turned out to be an embarrassment to their respective brands. 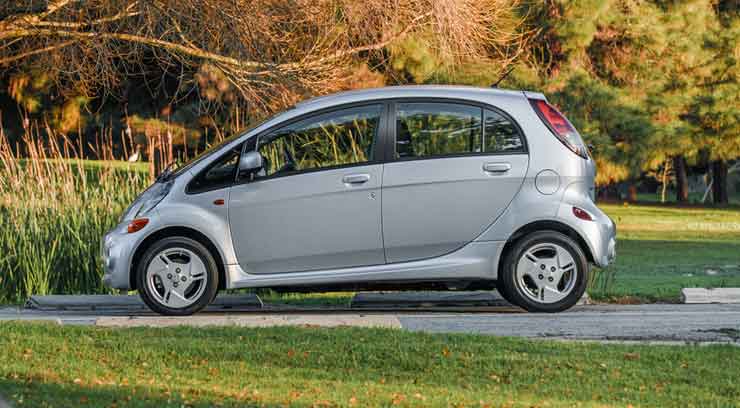 The Mitsubishi i-MiEV was the worst-selling car in the US at the time, and all it takes is one glimpse of it to understand why. It was either designed by a blind man or a design team that spoke different languages.

It looks like a bloated boiled egg from any angle. Some people have even called it the insect of the automotive world, such is its ridiculous exterior. I have no idea how Mitsubishi approved it past the concept stage, let alone decided to actually put it into production.

It was a failure as an EV as well. It could only travel roughly 60 miles on a full charge, and even that figure was generous. Looking at the current Tesla Model 3, you can really see why the i-MiEV never took off. It didn’t have the looks nor the performance to back up the concept idea. 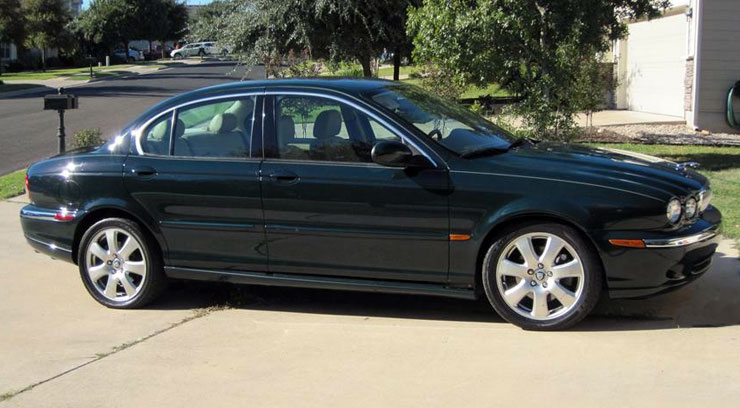 Jaguar currently offers a well-respected model lineup. The F-Type is one of the best sports cars on the market, and its SUV sibling, the F-Pace, is just as handsome as it is capable. Unfortunately, the early 2000s weren’t particularly profitable or exciting for the Jaguar brand.

Struggling to come up with an affordable sedan to bolster sales, Jaguar borrowed the Fusion’s underpinnings from Ford and came up with the X-Type. The X-Type was just as much of a flop in the US as it was in Europe.

It turns out that no one wants to buy a Ford masquerading as a Jaguar. Jaguar projected annual sales to exceed 100,000 examples, but in the end, they averaged less than 44,000 a year over the model’s eight-year production. 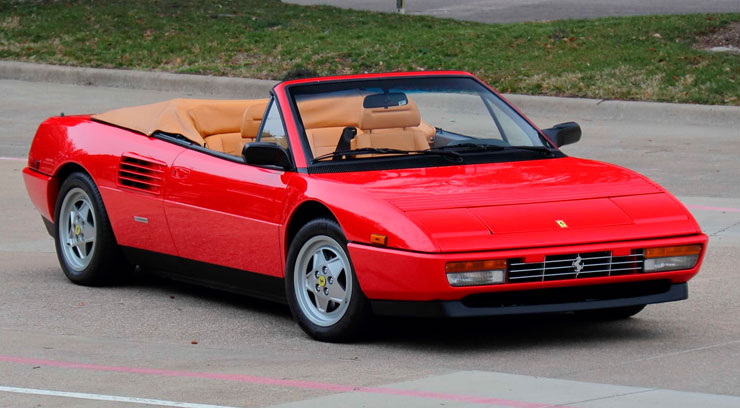 The same manufacturer that created the legendary F40 also gave birth to this much less celebrated car, the Mondial. Powered by a 3-liter V8, the Mondial produced just over 200 horsepower, but it had a lot of weight to carry around. The disappointing end result was a car that took nearly 8 seconds to hit 60 mph and didn’t live up to expected Ferrari performance.

It wasn’t famed for its reliability either. Catastrophic system-wide electric failures were common, making it a ticking time bomb for many unlucky owners. Time has been kind to the Mondial as prices have recently started to go up, but that doesn’t detract from the fact that this is the worst-driving Ferrari of all time. 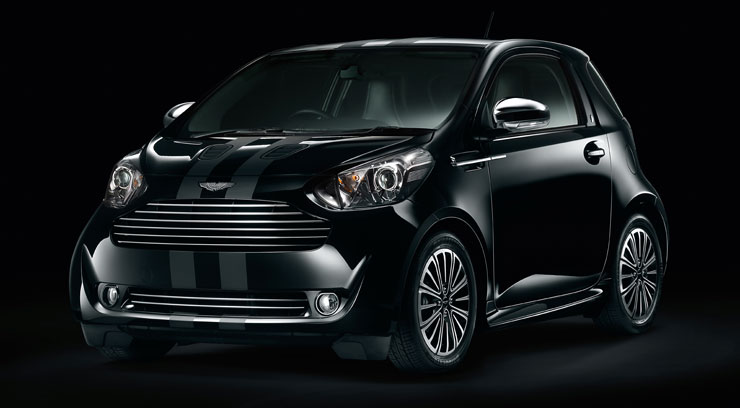 What do you get when you slap an Aston Martin badge on a Toyota iQ? The answer is an Aston Martin Cygnet, a car that is nearly identical to its Toyota brethren apart from the premium badge.

The Cygnet’s pitiful 1.3-liter engine develops less than 100 horsepower, making it ridiculously underpowered for the esteemed Aston Martin badge it wears. Although it was offered with a 5-speed manual, most Cygnets that ended up being sold came with a dreary CVT transmission, making it that much worse.

That’s not even the worst part though. While the Toyota iQ sold for an affordable $15,000, Aston demanded $35,000 for the Cygnet, essentially putting a $20,000 premium on what no more than a small Toyota city car. 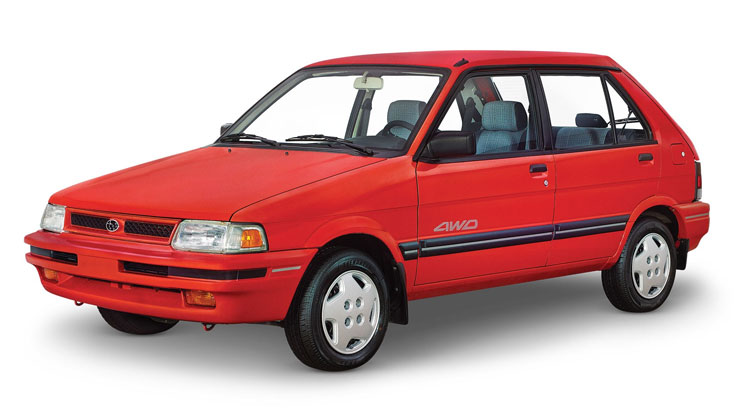 At the same time Subaru was busy winning the World Rally Championship with its gorgeous Impreza WRX, they were also busy building the Justy. Just stop and think about that for a minute. How can a company build a car so exciting and interesting and at the same time make one that is so ridiculous?

Build it they did though, and the poor sales figures reflected how everyone felt about the Justy. There was nothing significantly wrong with any one aspect of it, but it was just another econo-box that wasn’t fun to drive, look at, be in and ultimately own.

Unlike most other Japanese cars, the Justy never became popular in the JDM community, and I doubt it ever will. 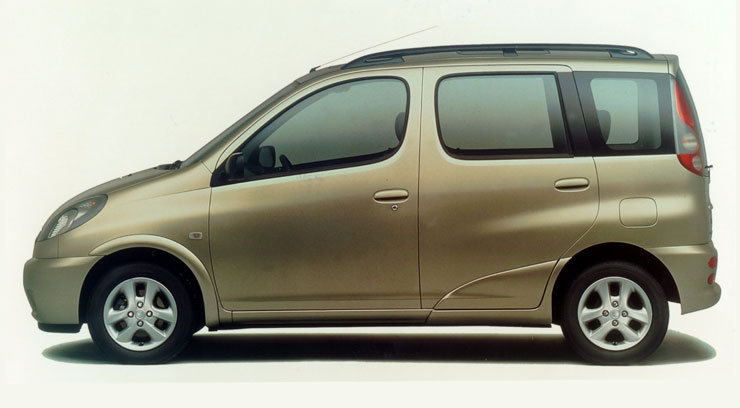 Thankfully the Yaris Verso was never offered in the US, but it was in Europe and Japan. Built as a precursor to the Nissan Cube, the Verso is a weird mix between a hatchback and a crossover, regrettably taking the worst of both worlds. It lacks a hatchback’s nimbleness and agility, but it doesn’t have a crossover’s ground clearance either.

It needed lengthy 13 seconds to reach 60 mph and had a top speed of around 100 mph. The fact that it was relatively reliable and practical didn’t help it one bit. Weird to think that Toyota was building the drool worthy Supra at the same time this embarrassment was rolling off the production line floor. 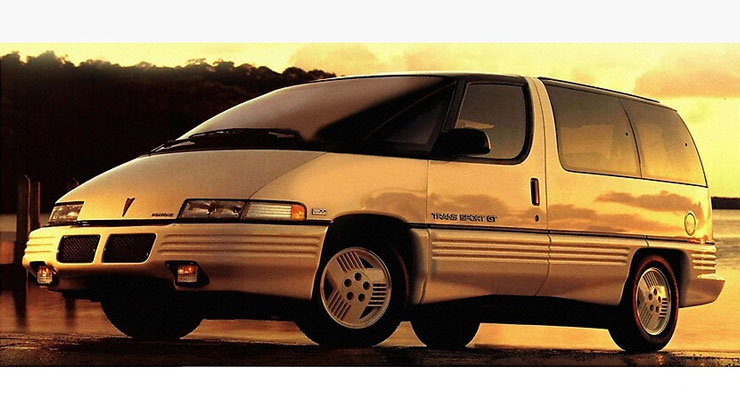 Despite its name, there’s nothing sport about it. It’s a minivan which promised a lot but delivered little. Pontiac’s concept in 1986 featured cool gullwing doors and even bucket seats, but the production car turned out to be as dull as watching paint dry.

It was cheaply built and it didn’t capture the public’s interest one bit. The Trans Sport captures the worst qualities of cars of the 90s with none of the exciting styling present at the time. 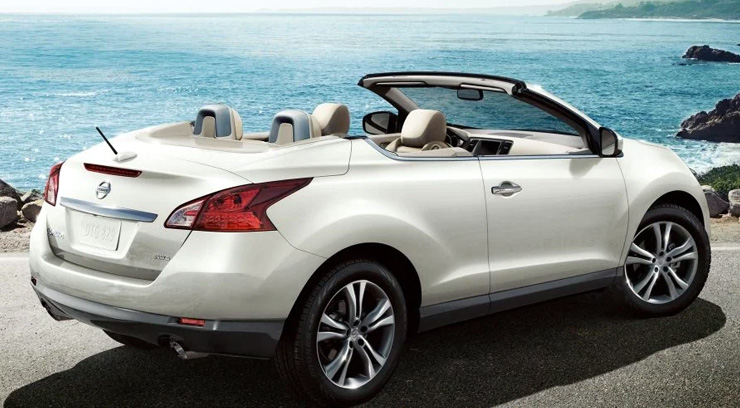 Why would you take a crossover and a convertible and mash them together? Well, Nissan thought the answer to that question is because you can. The Murano CrossCabriolet was one of the first open-top crossovers on the market, and one of the worst at that.

It lacked structural rigidity, looked terrible, and made no financial sense at a $48,000 asking price. Good thing people saw right through this thing and not many of them bought one. 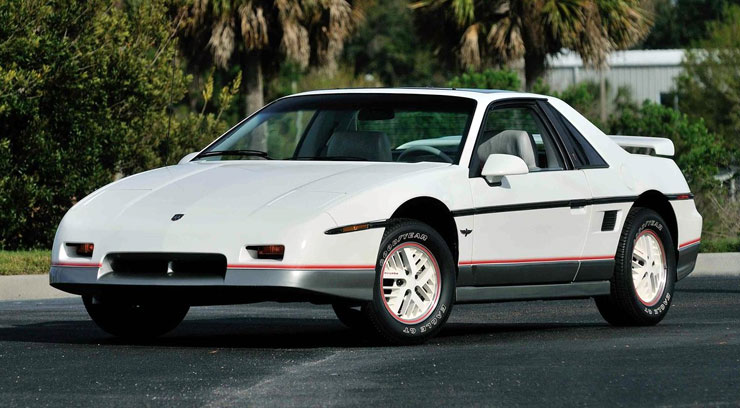 Although it was an instant hit at first, the Fiero received gradually worse reviews over time as more of its flaws started to bubble up to the surface. It had terrible performance, a ton of reliability issues, and it even suffered a major recall due to engine fires which the press was quick to pick up on, effectively sentencing the car to its doom. What was once a potential Toyota MR2 rival is now nothing more than a car that history does not look too kindly on.  For another Pontiac brand tarnishing model, look no further than the Aztek.